Can You Be Trans and Non-Binary?

Transgender people have been in the spotlight of LGBTQ+ movements ever since Stonewall, but their acceptance is a more recent affair. We’re gaining deeper knowledge of this identity with each passing day, and medical fields are beginning to catch up.

Non-binary identities are nothing new, either. Many cultures have a so-called ‘third gender’ or refuse the binary altogether, but the Western world is still confused. Nevertheless, more members of new generations are finding refuge in this alternative expression, making it worth mainstream attention.

Today, we discuss these two terms and zero in on their relationship. After all, Bust Bunny is all about aiding transitioning individuals in making their bodies match their vision of themselves. Why stop at breasts?

Our educational resources are here for non-cis people and allies alike. We’ll help you comprehend the intricacies of gender and how you can best express yours.

Trans is short for transgender, a descriptor referring to people whose gender identity doesn’t match their sex assigned at birth.

Notice that we’re not using the words gender and sex interchangeably. This distinction is essential for understanding alternative gender identities.

The table below outlines the differences between sex and gender as we understand them today.

Trans folks may or may not decide to transition. Transitioning includes various processes that alter the appearance and perception of the individual. The goal is to make their outside appearance match the gender they feel they are.For the majority of the population (cis people), their gender matches the sex they were assigned at birth. That’s not the case with transgender people.

Transitioning can be both medical and social.

Surgeries are often (but not necessarily) part of the process.

Trans women might use breast-enhancing supplements, exercise, superficial cosmetic changes, or nothing at all to claim their new identity. Trans men might use testosterone and undergo breast removal and facial masculinization to make their appearance more masculine. Either category might have genital reassignment.

Besides hormone therapy and surgical procedures, hormonal balance supplements can help. Those who are transitioning later in life, especially, can struggle with the new hormonal uptake without natural stabilizers in their corner.

Note: It’s important to remember that gender is a spectrum, not a binary. Many trans people identify with characteristics most often associated with the male and female sex. But some fall somewhere in-between or refuse such gender labeling altogether.

Non-binary describes people who don’t neatly fall into the categories of ‘male’ or ‘female’ or the constructs of being ‘man’ or ‘woman.’ The term refers to people whose identities are outside the gender binary.

Those who identify as non-binary generally don’t feel that their birth sex (or the opposite sex) aligns with their gender identity. They might undergo medical procedures, change their pronouns (most commonly to they/them), and otherwise refuse the category of either man or woman.

Gender expression varies with each non-binary individual. Some choose to become androgynous, blending masculine and feminine characteristics. Others might present either extreme or switch between the two.

Understanding gender identity can be challenging. Let’s reiterate, focusing on the similarities and differences.

Both trans and non-binary people:

The table below offers a brief summary of the general contrasts between the two categories:

As you can see, there are many more parallels than contrasts between these two categories.

Generally speaking, trans is an umbrella term that includes the category of non-binary.

Some trans and non-binary people choose to undergo medical procedures to either diminish or enhance their sexual characteristics. Most go through the social transition steps we discussed above. That’s not always the case, however.

The preferences and expressions within both categories will vary depending on the individual. The spectrum is massive, and we can only understand the basics. Everything beyond that relies on listening to a person and respecting their preferences. 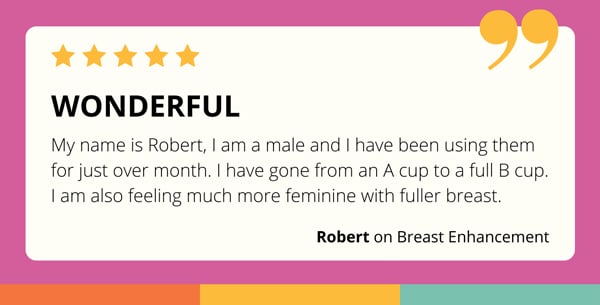 Being Trans and Non-Binary

You can be trans and non-binary.

Technically speaking, anyone who identifies as non-binary falls under the transgender category. However, not every non-binary person feels comfortable with the umbrella term. This issue mostly arises due to its historical use.

In the past, being transgender implied moving from one side of the binary to the other. This problematic notion made people who don’t identify with the binary uncomfortable with the label.

Nowadays, we see trans as a broad category that includes anyone who doesn’t identify with their birth sex.

When coming out as transgender, one might identify as the ‘opposite’ gender. Alternatively, one can transition from their birth sex to non-binary.

Not every non-cis person decides to undergo a medical transition. For some, changing their name and pronouns is enough. For others, simply understanding their identity makes them feel like themselves again.

In the end, it’s all about your experience with your body. Whether that includes hormones, supplements, makeup, or medical procedures is entirely up to you.

I am a transgender girl and it has been helping nicely! My breast buds came in about a month after taking it, and 3 months later I feel like it is still working well!

The Spectrum of Gender Identities

Whether you’re reading this to figure out your own identity, to understand a loved one going through a transition, or to keep up with the times, we hope that this guide helps you grasp the basics.

Remember the following, but always put the experience of the person before our generalizations:

If you’re the one transitioning, let our natural supplements take you where you want to be. Our products and resources are here for anybody who has or wants breasts and struggles with female hormones, helping you lead a happy, healthy, and authentic life.

So far my body is taking it good.

So far my body is taking it good, I can feel that my PMS has lessened and I feel great after taking Hormonal Balance. I started to have some acne but I think it’s because my estrogen level is going back up again. Overall, it’s a recommended product for me.

Do you have to be transgender to identify as non-binary?

No, you don’t. The label of non-binary technically falls under the scope of transgender. Some gender non-conforming individuals don’t feel comfortable with the category.

In the same vein, many transgender people aren’t non-binary. They identify with traditional categories of man and woman.

Can I change my gender identity?

Yes, although it’s likely not going to be on purpose. Gender can be pretty fluid, and your identity might change as you uncover new groups, labels, and ways to identify yourself.

Once you discover a comfortable category, you can change your outward appearance to match your new identity. This process may include:

How to start identifying as non-binary?

If you feel that the category of non-binary matches your identity, it’s time to put it to the test. Usually, people start with small steps and only move on to more invasive forms of transitioning once they feel confident.

What non-medical transition options do I have?

Apart from medical procedures, many trans and non-binary people take advantage of the massive supplement market. These products can help with specific areas of the body that you wish to change to fit your identity.

Our breast-enhancing supplements are one excellent example. They use natural ingredients to promote breast-boosting hormones, filling up your chest and making you more comfortable in the process.

I have dedicated my life to Health & Fitness since the age of 18. With a background in BioChem, I have combined my love of science with health & beauty interests to offer advice, discussions, and education on how to achieve better hormonal balance, sleep easier, reduce anxiety, and feel better about yourself, inside and out. Join the discussion on Facebook

- Co-Owner and President of Bust Bunny

Learn more about our loyalty program.