Skip to content
Click FEB15 to get 15% off your ENTIRE Order with FREE USA Shipping! Code Applied at Checkout.

Funny how “monk’s pepper”, better known as chasteberry, is actually used more so by women than by men. This is because the African plant is used for hormone-conditions that affect female mammals. The vitex plant, which is where the chasteberry comes from, has been used in alternative medicine for years. People have used the entire plant, including the berry, stem, flowers, and leaves.

Chasteberry gets its name from the the speculation in ancient times that the flower would decrease the libido, hence the name Chasteberry. 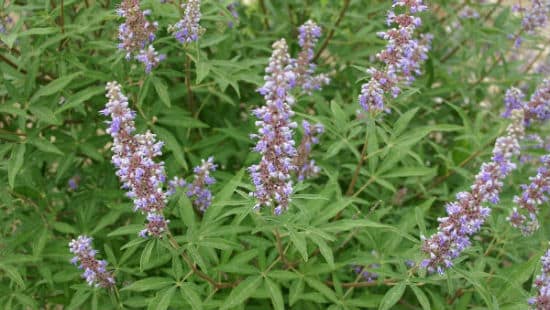 Where is Chasteberry Found?

Vitex, or the chaste-tree, is native of the Mediterranean region. The plant thrives in climates with hot summers and wet winters, and needs constant sunlight, a little shade, and healthy soil to grow. Chasteberry trees have been found on all the continents except Australia and Antarctica. You might find them growing on the east coast of the United States, but chasteberry liquid-extract or powder can be bought at the store.

What is Chasteberry Used For?

So why is it called “monk’s pepper”? Monks used to use it to decrease their sex drive. Some probably still use it today, but there’s no clear effect on your libido.

The plant’s main focus is to your pituitary gland, which is the reason Chasteberry is used in Bust Bunny. The pituitary gland affects hormone levels which directly affects breast size as well as other uses in women as described below.

New mothers use chasteberry to stimulate the production of breast milk, as recommended by midwives. OB/GYNs also prescribe it as a natural remedy for those who suffer from frustrating symptoms of premenstrual syndrome (PMS), premenstrual dysphoric disorder (PMDD), infertility, preventing miscarriages, and menopause.

In fact, according to the University of Maryland Medical Center, Chasteberry is effective in the treatment of endometriosis.

Women who take chasteberry regularly claim it has made their period easier to manage. The herb regulates their cycle, reduces and eases their menstrual cramps, and even clears up acne, better than any over-the-counter medication on the market.

Other uses for Chasteberry include:

Chasteberry is also starting to be used in supplements for male bodybuilders due to its effect on testosterone levels. Bust Bunny is one of few supplements that includes your daily dose of chasteberry inside. Get your order today for 10% off using coupon code “chasteberry” or CLICK HERE to have it instantly applied. 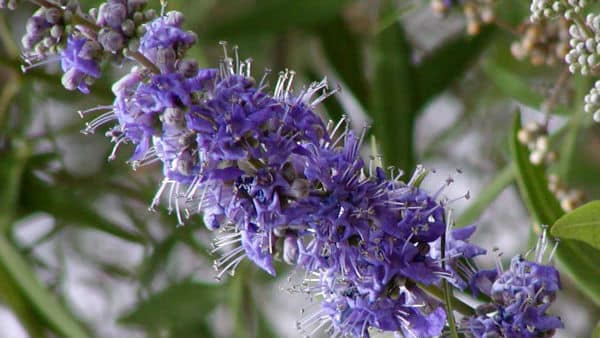 Where Can You Find Chasteberry?

Although it’s not as common as some of the other herbs we have in our pills, you can buy chasteberry powder or liquid extract at health food stores, your local grocery store, or pharmacy. The compounds in chasteberry can also be found in foods like:

The recommended dosage of chasteberry supplements vary between 20mg and 240mg per day, so look closely at how much you’ll be taking a day.

What are the Side Effects of Taking Chasteberry?

Chasteberry is a very safe herb, so side effects are few and far inbetween. As with just about any supplement, you might have nausea, upset stomach, headaches, or dizziness. Those who do have a reaction when they take chasteberry might notice some skin issues like itching, rashes, and acne are possible, but it’s doubtful. If you do, it may mean you’re allergic, so check with your doctor before taking it.

A good “side effect” women might experience is a lighter menstrual flow. There haven’t been many complaints about that! Because it’s considered a hormonal herb, you shouldn’t take it if you’re pregnant, taking birth control pills, or have breast cancer. Your OBGYN or primary care doctor will have the final say. 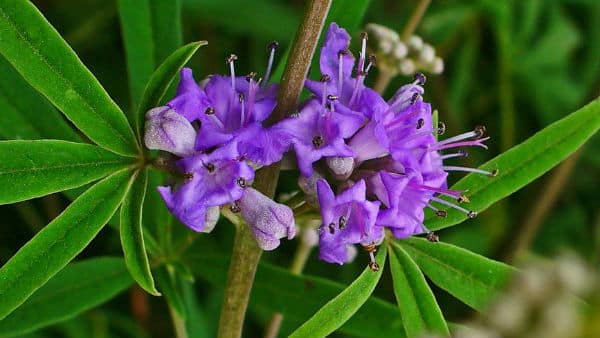 How Does Chasteberry Make Breasts Bigger?

When you eat a chasteberry, it activates your pituitary gland, which is located in the brain. This stimulation releases prolactin, which is a hormone that helps female mammals produce milk (like the word lactate), and regulates your estrogen and progesterone hormone levels in your body.

So how is that related to bigger breasts? Studies have shown that higher prolactin levels are greatly associated with larger breast size, since prolactin receptors can be found in the mammary glands where breast milk is produced. Estrogen increases the growth of breast tissue, and studies have shown that larger breast sizes were notably linked to higher progesterone levels. Also, like watercress, you can also find relief in breast tenderness by taking chasteberry.

With chasteberry being an ingredient in Bust Bunny Breast Enlargement capsules, most women will see a noticeable change in their bust size. The herb is all natural, and is considered safe by the FDA (it is listed on their Generally Regarded as Safe list, or GRA). Chasteberry has been used to assist women for many years, and will aid in your breast growth journey. Start your breast enhancement journey today with 10% off using coupon code “chasteberry” or CLICK HERE to have it instantly applied.